Inspired by the work of MASTS Fisheries Forum Steering Group member Robin Cook, and concern expressed by the Scottish fishing industry, the International Council for the Exploration of the Sea (ICES) conducted an Intersessional Benchmark Process for West of Scotland cod (IBPCOD6.a) in February and March of 2019, following a formal request from DEFRA.  This process reviewed the stock assessment of the stock in the light of the scientific paper by Cook (2019) which indicated that the stock was in a rather different state to what ICES had estimated.  The position prior to the IBPCOD6.a was summarised by the MASTS Fisheries Science Forum in a Policy Brief to the Scottish government (appended here).  The main outcomes from the IBPCOD6.a were as follows.

The group agreed on a slightly different configuration of the existing (Time Series Analysis) assessment which in their view best reflects the development in the stock and fisheries (Figure 1).  This resulted in revisions of the estimated fishing mortality (F)  in 2017 downwards by 36% and the estimated Spawning Stock Biomass (SSB) upwards (~25%).  The biomass shows a generally increasing trend since 2006, but is still low, well below sustainable reference points. 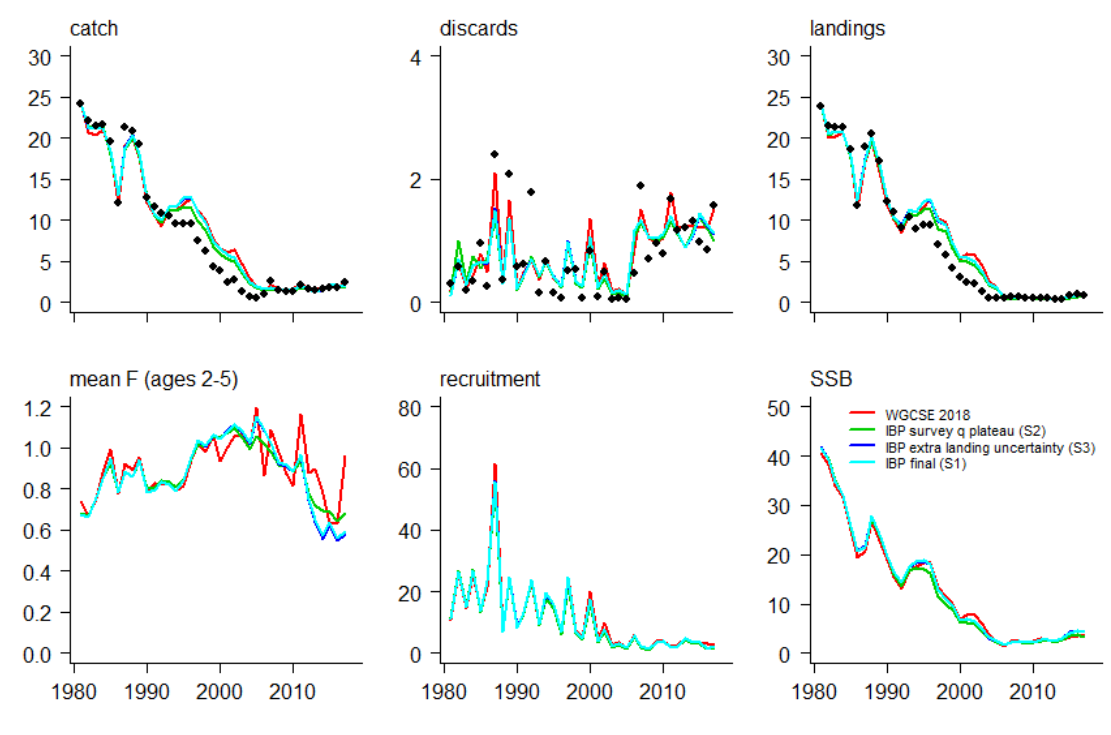 The resulting stock assessment is still quite different from the one presented by Cook (2019) which indicates that the stock has been subject to low [sustainable] fishing mortality since 2005 and has had an upward trajectory in biomass, reaching the limit reference point in the most recent year (see Policy Brief).  This has brought about some issues which the fishing industry have raised:

The Fisheries Science Forum will be keeping an eye out for the benchmark process and will aim to contribute to improve the assessment where possible.